For me (and every other horror fan on the planet), October is the best month. Fall is well underway and we get the best of the season: cozy sweaters, crunchy leaves on the ground, pumpkin spice infiltrating every snack and beverage. And with Halloween bookending the month, October is peak spooky season. That’s why my vibe of the month for October is the one and only Karen Black.

Jamie Lee Curtis be damned, Karen Black is my favourite horror actress. This stems in part from my ambivalence towards the Halloween franchise (I know horror fans, I know and I apologize in advance) and partially for my love of Karen Black as an actress in general.

While she was one of the top actresses in the ‘70s, she kind of fell by the wayside and didn’t have the career longevity that her contemporaries like Ellen Burstyn or Sissy Spacek did. Being totally shallow for a moment, I have to say that I always loved her aesthetic the most out of all the actresses that came out of that decade – the big hair, winged liner and very fashionable costuming in all of the movies she was in. And on a less shallow level, I just really loved all of her performances with her work in Come Back to the Five and Dime, Jimmy Dean, Jimmy Dean being my absolute favourite.

I won’t go into too much detail because it’ll spoil the movie for those who haven’t seen it, but she’s really at her best in this Robert Altman film because it shows her range as an actress. She was able to present two opposing sides within one character: vulnerability and fortitude, softness and tautness, naïveté and hard-earned wisdom, sweetness and bitchiness. She makes you laugh and breaks your heart. This is, of course, on display in all of her work, but it’s most potent in Jimmy Dean.

My second favourite performance of hers in in the 1975 film The Day of the Locust, an adaptation of the Nathanael West novel. The film explores the dark side of Hollywood grandeur and the pursuit of the American Dream through a cast of Hollywood rejects and players on the fringes of the system. Black plays Faye Greener, an aspiring actress without much talent looking for her big break in 1930s Hollywood. Faye is both cunning and mean and sadly pathetic as she tries to scrounge her way to the top, using men with money along the way. It’s a dark performance, but it’s hard not sympathize with her as Black plays her as a woman living on the edge of a nervous breakdown. She’s basically a younger, poorer, more desperate Norma Demond and I don’t understand why more people haven’t seen this movie. It’s a strange, surreal kind of film that turns into a nightmare fever dream by the end

Initially, I wasn’t very familiar with her earlier dramatic work. When I first heard of her, she was a cult horror actress. I feel like this part of her career overshadowed the great work she did in her heyday. I’m not uppity and I think the horror genre can be a great showcase for talent, but I don’t think the average film person shares this opinion. Horror is genre after all.

But like I said, I’m not a snob. I fucking love trashy horror movies and some of the ones Karen Black starred in are a lot of fun.

Burnt Offerings is one of my all-time favourite horror movies. It’s cheesy, it’s campy, it’s a little weird. But the cast is insanely good – Bette Davis and Oliver Reed round out the family dynamic – and the plot actually creeps me the fuck out. 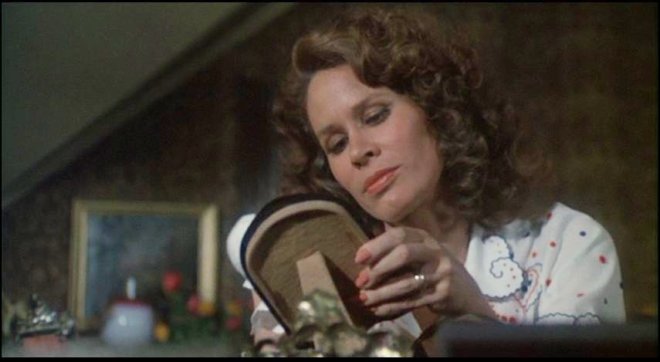 For those that don’t know, Burnt Offerings is a haunted house movie. A brother and sister rent out their shabby, run-down Victorian house to a family for the summer. Their only stipulation is that they bring meals to their mother who stays in an upstairs room. Black’s character, Marian, is immediately taken with the house and they move in. And, of course, weird shit starts happening.

Slowly the house starts to take over, draining the inhabitants of their energy and making Marian more and more obsessed with the house. At the end of the movie, she’s overtaken by the spirit of the old woman – it turns out that the family does this in order to keep their lineage going and their home in pristine condition. The twist is that Marian becomes their mother – and it turns out the tray of food she was bringing up was for herself the whole time! These types of horror films scare me the most – the nihilistic view that everything is doomed from the start, that your fate is sealed the moment you walk into that haunted environment. It’s very much like The Sentinel, but without the offensiveness.

Another great under-seen Karen Black horror film is The Pyx, a 1973 Canadian horror film that also stars Christopher Plummer. The film is totally uneven and the version I saw was from a very low-quality print, but it had some good moments. I love the aesthetic and the attempt to be gritty and really real by not subtitling the French dialogue. I had already seen a lot of occult movies by the time I saw this one, so nothing was a surprise but it was a fun little gem that I still think about sometimes.

And I finally watched the 1975 TV movie anthology Trilogy of Terror. If you’re looking for something scary, this isn’t going to fit the bill. I guess I’m way too jaded these days, but I could see the twist for each segment coming a mile away (humble brag). 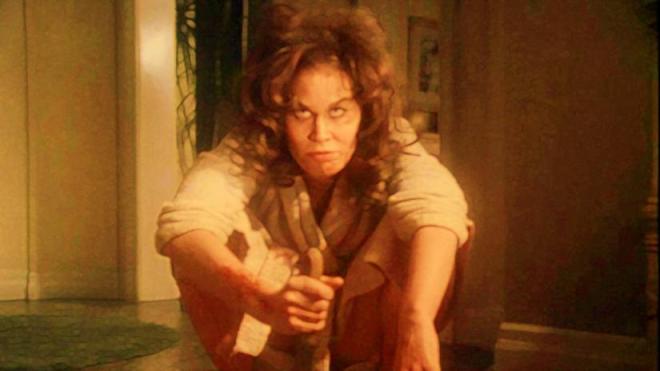 That being said, it’s also really funny with the haunted doll part being, by far, the best segment. Black gives it everything she’s got, but the material is pretty weak by modern standards. Black seemed to feel that way too and said “I think this little movie took my life and put it on a path that it didn’t even belong in.”

I understand her misgivings and becoming a B-grade horror movie actress, I think, lead to a decline in her popularity and reputation as an actress with serious chops. But in this day and age, being a horror actress is nothing to be ashamed of – her talent and presence still shine through even the shittiest of screenplays. And that’s why, scream queen or not, Karen Black will always be a total legend and my forever Halloween vibe.